From Paris to HalleWestphalia: Germany’s Number One Alexander Zverev

From the metropolis Paris to tranquil HalleWestphalia. From the red clay of Roland Garros to the Centre Court grass of the OWL ARENA at the 28. NOVENTI OPEN: Alexander Zverev wants to play for real for the title of the ATP 500ergrass event (12. bis 20. Juei): “The last weeks were quite tiring for me, the preparation for the grass season is short. But I really want to play well and successfully in Halle,” the 24-year-old from Hamburg (ATP 6) said when arriving at the COURT HOTEL in HalleWestphalia on Saturday afternoon. Zverev was welcomed by tournament director Ralf Weber. “We are looking forward to Sascha’s performance here. He is definitely one of the favourites, “ Weber stated.

Zverev was defeated in a nail-biting five set match in the semi-finals by Greek Stefanos Tsitsipas (ATP 5) at the French Open Zverev will be competing for the sixth time already at the 500er-top event in Eastern Westphalia. In 2016 and 2017 he reached the finals, was then defeated by Florian Mayer and Roger Federer. In 2019, his last performance here, the Hamburg-born reached the quarter finals. Zverev has already got two tournament victories under his belt this year – winning at the ATP 500- competition in Acapulco and at the Masters in Madrid. “I want to show constant good form on grass, too” Germany’s number one Zverev explained in the conversation with tournament director Weber. 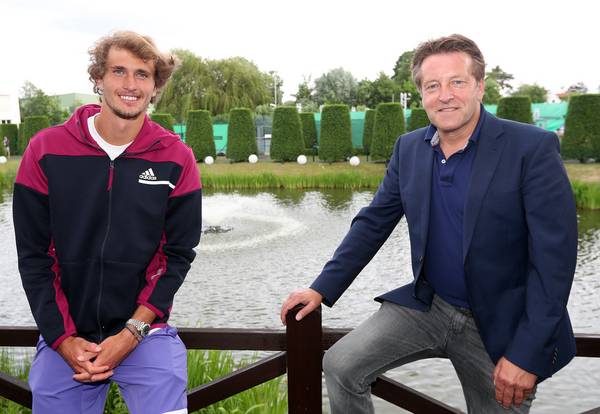