The quality of sports is impressive: A milestone in the tournament’s history

Tournament director Ralf Weber has described the 28. NOVENTI OPEN as the `biggest victory of all this year´: “When the incidence numbers were high at the beginning of 2021, we still said: The tournament has to take place“, Ralf Weber said at the end of the ATP 500 top grass event. “The motivation was to make a statement, a statement to the players, the fans, and the media after the unfortunate break in 2020. We just wanted to present world class tennis in Halle again.“ The pandemic has been very demanding for the NOVENTI OPEN-team, but one was happy to do it, the tournament director said. “Simply because we all have a passion for tennis in Halle. And because many players and those who have accompanied us for many years, like our loyal sponsors, encouraged us to make this comeback.“

The tournament boss pointed again towards the extensive, 80-pager-hygiene concept, which had been designed closely with the local authorities of the town of Halle and the regional authorities in Gütersloh. “Safety first was of highest priority. The whole of the tournament grounds were a bubble. Arena, training- and match courts and the hotel were a high-security area“, Weber said. “The tight cycle of testing every 48 hours in our own, temporary testing centre was an optimal solution. “ Unfortunately, only 500 spectators were allowed to watch, still the players had been very happy `to again play with an audience and in a good atmosphere´. “

Dr Hermann Sommer, Head of Board at NOVENTI Health SE:

„The topic of health simply belongs to the Centre Court of Germany! Especially in the times of the pandemic it shows how important it is for each of us to lead a healthy life. NOVENTI as a pharmacy-own healthcare company, commits itself to this, as for example with our `Initiative against Corona‘, together with BILD, Facebook, BioNTech and CureVac. And with our central health platform gesund.de.

With this we secure that the performers – meaning all working in healthcare such as medics, pharmacists, physiotherapists – can carry on with their jobs. And that the pharmacies remain on site. For the good of all 80 million Germans. That is what NOVENTI stands for; this is why we are very happy to be the name patron for the NOVENTI OPEN. Because we always act `so that health has a future´. “

The tournament boss expressed the hope in his resume, “that we will be able to go back to business as usual and play in front of full stalls in 2022“: “We are normally the tournament with most spectators in Germany, one of the global most attractive tennis competitions. That is why the Corona crisis has hit us hard, also because we offer our fans big `tennistainmant´on site next to the matches, a one-and-only entertainment mix“, Weber said.

Sporty field of players an `absolute milestone ‘in tournament history

The strong field of players is stated by Weber as `impressive´ at the 28. NOVENTI OPEN. “Five top ten players started for the first time, Stefanos Tsitsipas, too, wanted to come. But we understood that he needed a break after the exhausting French Open. The health of the players is always in first place. “On the sports side of things, this tournament was an `absolute milestone´ in the history“ Weber stated. “Next to the many tennis stars we had promising NextGen-players like Felix Auger-Aliassime or Sebastian Korda going for the title. This is following our long tradition; the champions of the future have always played here.“

You can tell how attractive the NOVENTI OPEN is by looking at the massive TV presence on all continents, the tournament director said: „The ATP images went to more than 150 countries globally this year. All 31 singles matches and all 23 doubles matches were broadcast and offered. “In the home market of Germany we have the ideal combination of a national, public channel, the ZDF, with the professional channel Eurosport: “The national broadcasting time was 85 hours. Back in 2019 the total was only 40 hours. This is a fantastic increase. “

“Roger stays the formative personality, the ideal ambassador for the tournament. “

Tournament director Ralf Weber also mentioned the performance by super star Roger Federer: “It was a pity that Roger dropped out so early this year. But he is only at the start of his difficult comeback. “ Federer stays the formative personality, the ideal ambassador for the tournament“, Weber said: „Looking back I can clearly say: the best ever decision that we took was the early and strong bond with Roger. We set another new standard in world tennis with the Lifetime Contract. We hope that Roger will serve again here in 2022. He will also stay connected to the tournament after retiring from his active career. We are already having good talks on this. “

“We have built up a position in world tennis over the last nearly 30 years, which we had only dreamed of possible in our founding times. And nobody would have thought us capable of. Halle stands for a modern, up-to-date presentation of tennis sports, next to the matches there is a wonderful offer for every generation, for young families. Even many players and their teams are astonished about what is offered in normal times next to tennis in Halle – concerts, talk rounds, lots of shopping possibilities. We will hopefully be able to pick up there again in 2022, we wish for nothing more for our tennis family at the NOVENTI OPEN. We are proud of what we have achieved. But we are not going to rest on it. We want to continue being innovative and open to change – always together with the players in tennis. All in all I think: we have done quite a good job. 2021. Andin the years previously.“ 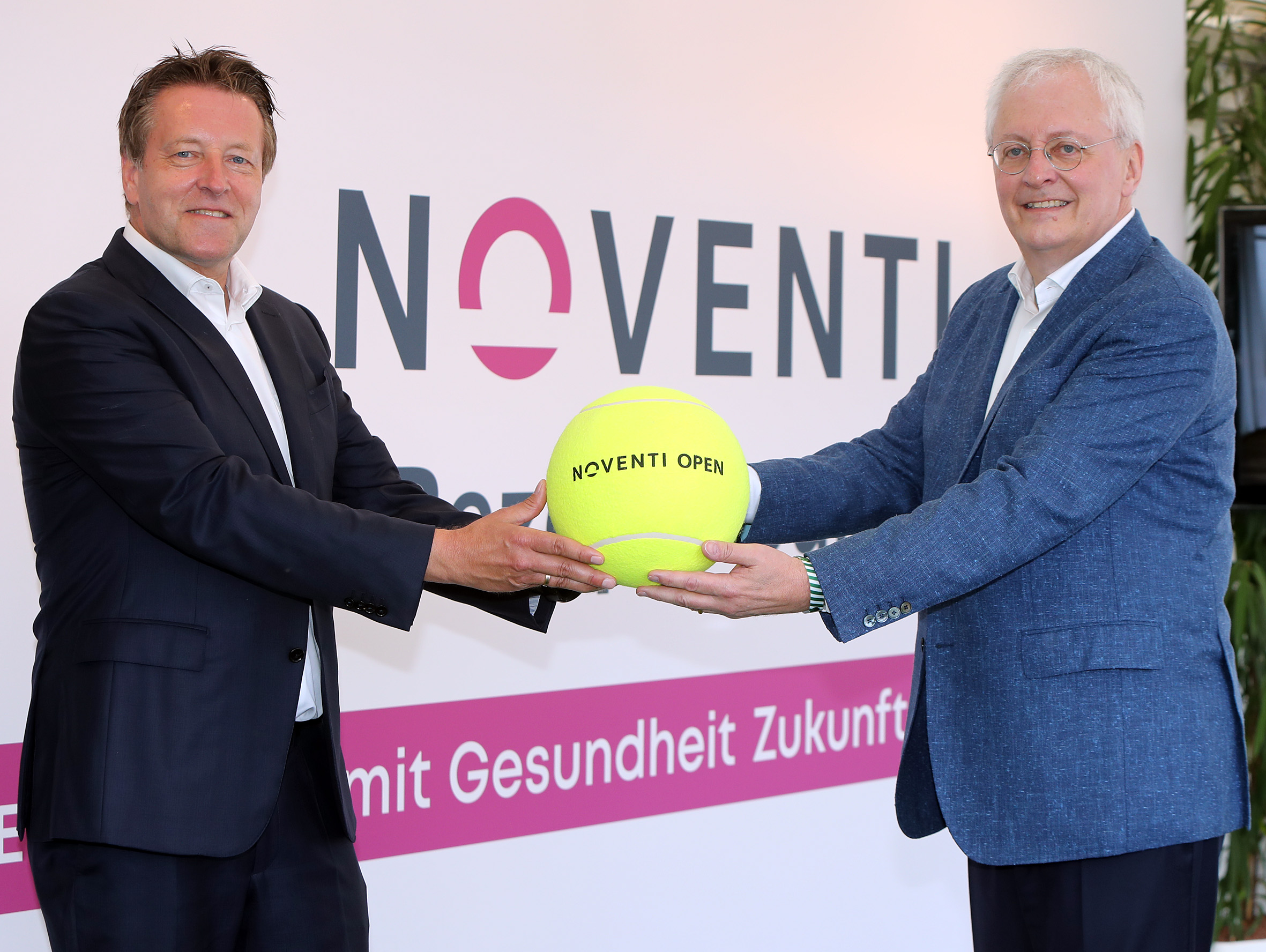