This is the great final at the 28th NOVENTI OPEN

Rublev or Humbert – who will take the throne of record champion Roger Federer?

The great final at the 28th NOVENTI OPEN is clearly one of tennis‘ future. In the era of the big three Roger Federer (39), Rafael Nadal (35) und Novak Djokovic (34), players in their early twenties can still be called next generation. There were other times in tennis.

Andrey Rublev is  23 years old and more than a talent. The Russian is an established part of the top ten und has won 8 tournaments. In Monte Carlo he even beat Rafael Nadal on clay. Being the only seeded player in the final he must accept the role of the favourite. But he has never been in a grasscourt final before. Grass isn’t his favourite surface at all. But maybe this will change.

Rublev is a man of power with his big serve and his mighty forehand. And he gained another strength during the last months: turning negative energy into positive energy. On the court, he often loses his temper, curses and throws his racket. But he regains his focus quite quickly. That was different in the early years of his career. Nonetheless, Rublev reached the quarterfinals at all Grand Slams – except Wimbledon. But a triumph in Halle could give him self-confidence for London this year.

Rublev‘s opponent is rather unknown. Ugo Humbert from Metz, number 31 in the world, is only known in France up until now. But this week in Halle is gonna change that. The 22-year-old played a tremendous tournament. Thus, he may truly say he is one of the best players on grass today. Just think of his match against Alexander Zverev in Halle. Zverev played really well, but Humbert played even better.“I don’t know what I could have done better today“ the German said after his defeat. Meaning: I could not have beaten him today anyway.

Humbert again showed an almost impeccable match against Felix Auger-Aliassime. Again being the underdog, again being the winner. The wiry Frenchman doesn’t make a big impression when walking on court, but attention: he serves very precisely,  is unbelievably quick on his legs and has a very fast left striking arm – reminding us of Henri Leconte. But he has one more thing compared to Leconte: nerves of steel. He won all four matches in Halle in three sets. Humbert has played two finals on the Tour and won both. His abilities on grass can be found in the statistics of 2019. It needed Novak Djokovic to stop Humbert in the round of the last 16 in Wimbledon.

Head to head Rublev leads 1:0 over Humbert. They played in St. Petersburg 2020. The Russian won 7:5 in the third set. Let’s go to the final at the NOVENTI OPEN. 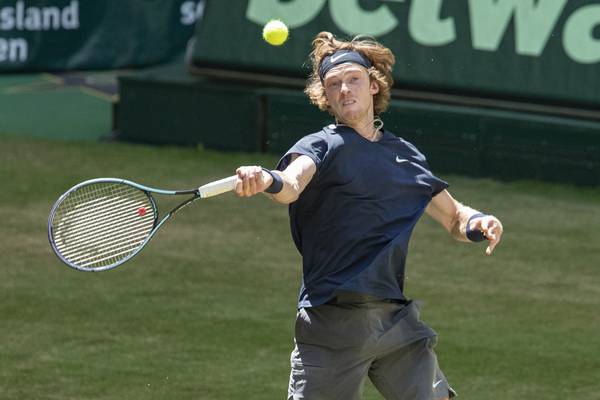 Andrey Rublev won 8 of his 11 finals on the ATP-Tour - an impressive score. FOTO: NOVENTI OPEN/Mathias Schulz 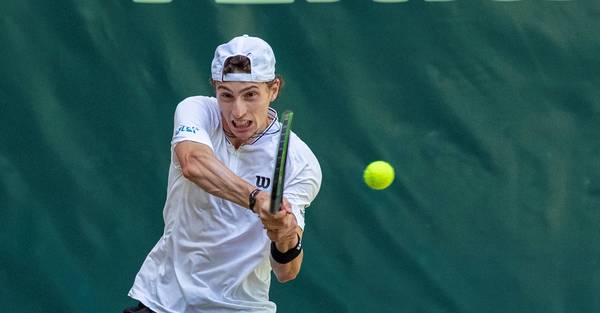 Ugo Humbert has reached his third final. The two before he won. FOTO: NOVENTI OPEN/Mathias Schulz