Lukasz Kubot and Marcelo Melo are through to the Final

The top-seeded Lukasz Kubot and Marcelo Melo are the first duo to get through to the Doubles-Final at the 26th GERRY WEBER OPEN. It was close though against the Polish-Brazilian Doubles team, No. 4 seeds Ivan Dodig and Rajeev Ram: 6:7(5), 6:3, 12:10.

The Croatian-American duo nearly had the victory at 9:7 in a match tiebreak, but Lukasz Kubot and Marcelo Melo kept their nerve and kept calm. They scored three points in a row, fended off the match points and had an own match point. Ivan Dodig/Rajeev Ram were then able to fend off this match point. Two rallies later, however, the match was through. Kubot/Melo had converted their second match point.

Who the top favourites are to meet in the final will be decided on Saturday. The German brothers Alexander and Mischa Zverev will meet the No. 2 seeds Nikola Mektic and Alexander Peya. 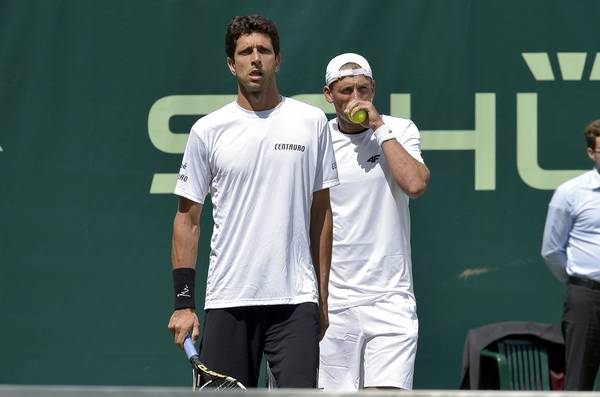