“One of the strongest competitions in the tournaments history”

NOVENTI-Board Member Dr Sven Jansen: “Our clients and business partners are all delighted by this engagement”

Tournament director Ralf Weber has said that the 27th NOVENTI OPEN is “one of the strongest sports competitions” of the tournaments history. We have experienced dramatic, exciting world class tennis that has got spectators off their seats every day“ Weber stated in the balance press conference of the ATP 500-tournament on Saturday. The entry of the health care enterprise from Munich was “a forward-looking signal” the tournament director said, the necessary work adaptions had been done virtually in the last minute and it had been a “real feat”.

There had been “at no time any thoughts on selling the tournaments licence” Weber said. “but we experienced how popular the tournament is world-wide. There were many requests for the licence, from large enterprises, even from other countries. But we want to and will write our own successful story on the tournaments history in the next decades.” Talks on the exact modalities of the partnership with NOVENTI and a perhaps further engagement as title sponsor will be held „after the summer“: “We will discuss this thoroughly and take the necessary time to decide.“ The tournament director thanked the long-lasting regional partners, that have been true to the ATP 500 competition, some even extending the collaboration: “This is a big trust evidence for uns.“

Dr Sven Jansen, Board member of NOVENTI, explained during the press conference that the company’s clients and business partners were “delighted“ by the partnership with one of the most renowned national sports event: “We have experienced so many people here on the grounds who thanked us at the stands and have congratulated us on the cooperation. The reactions were all positive.“ The tournament was an ideal platform to make NOVENTI more known to the public and to deepen the theme health and sports further. The content of collaboration fits perfectly. We are glad to have been able to conclude this contract. It was a nice coincidence“ Dr Jansen said. One knew, that around 80 percent of clients played tennis themselves, Dr Jansen stated. “Thus the partnership is certainly a strong double.“ The NOVENTI-board, too, appreciated the effects of the tournament to finish all the necessary work in an incredible sprint at the end: “I think the only things which weren’t re-branded were the greenkeeper’s rain jackets.”

Tournament director Ralf Weber acknowledged the “summer-happy feeling“  in the last couple of days of the tournament: “It was just a great all-round experience for our visitors with wonderful tennis and lots of entertainment highlights.” The stream of visitors in HalleWestfalen was „at a high“. For the few, specially withheld rest tickets the fans had queued from seven a.m. at the ticket office: „I have never seen anything like that before.” 5000 tickets had already been sold for the tournament in 2020, said Weber. „We can only advise fans to secure tickets in the pre-sales.“

The tournament was liked by the players “like barely another”, Weber explained. “We are really a feel-good oasis, for the families, too, who often accompany the players to Halle.” Many of the professional players use HalleWestfalen as training base after their tournament presence, with its six training courts it offers “optimal possibilities“ Weber stated about setting the sports course: “We will certainly have four top-ten players in the main field here next year. With Roger Federer, Alexander Zverev, Kei Nishikori and Karen Khachanov. We are also holding talks with Dominic Thiem about his start. It will certainly be a world class cast.“ The tournament director also talked about the first weekend, about the fascination of the fans on the “schauinsland reisen-Champions Trophy“: “This is taken well. We are thinking about extending this show fight to two days again.”

Tournament director Weber, as well as NOVENTI-Board member Dr Jansen, emphasised the intention, „to take further strong steps“ on the way to carbon neutrality. “Perhaps we can be an outrider for this theme, too, like we have been with other projects before. We are serious about acting. “ First goals had already been achieved in this tournament, Dr Jansen said, for example the use of reusable instead of plastic cups: “We also want to reduce the use of paper. This issue is already anchored deeply in our company.“ 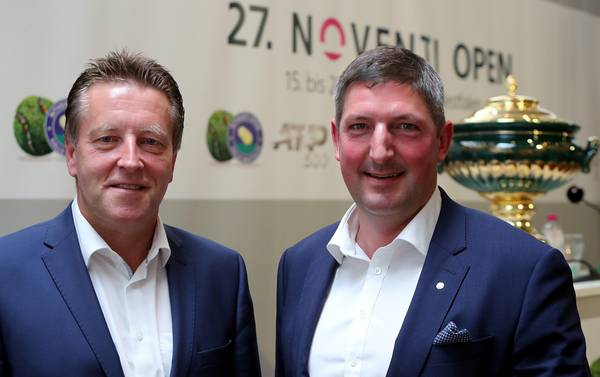 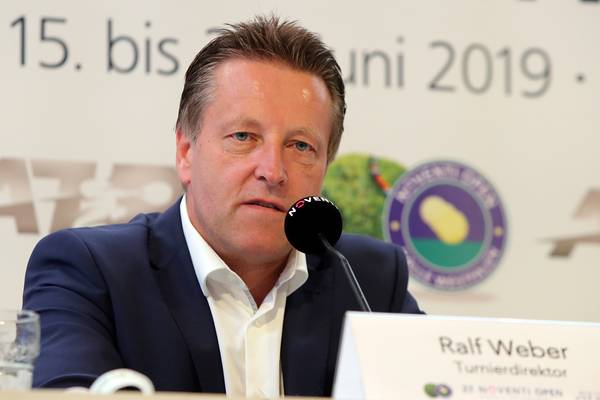