But the record champion slightly trembles

All comes to an end – but not Roger Federer’s winning streak against Roberto Bautista Agut. They have played against one another eight times before this quarter-final. Eight times the Swiss won. And in the ninth match, too. But it took longer than expected to make it 6:3, 4:6, 6:4.

The Federer-Express rolled on at its best in the first set. Roberto Bautista Agut could only watch and learn a lesson about how to get light-footed point after point on grass. The lesson took 29 minutes. Precise serves and returns, elegant volleys and imaginative play were quite enough. After two breaks the Swiss had done it. And the 11,500 spectators at Gerry Weber Stadion were all convinced all would be done in an hour and Federer would have defeated the Spaniard for the ninth time.

But the record-collector from Basel lost trace slightly. And his opponent hardly made any mistakes, played solidly from the baseline. And more: The Spaniard played brilliantly, putting in some unreachable stops. A break was all he needed.

It really looked like a sensation at the beginning of the third set: RBA, as he is called in player circles, had two break points with the record champion serving.  Sorry? It’s not that easy with Mr. Federer. He defended promptly, made a fist more often than usual. He seemed to notice what was at stake. He put on more pressure in the eighth game and got a chance to break. But the following forehand return got stuck in the net. Bautista got his service through. “Vamos” the man from Castellon de la Plana called. But he didn’t get much further. He made unusually many mistakes in the tenth game. The Maestro on the other side wasn’t being asked twice and finished to win the match. Meaning it was 9:0.

Now Pierre-Hugues Herbert awaits him in the semi-finals. He has never lost to Federer – he has never played him.  "That will be interesting. His game is quite fit for grass: he has good returns and likes the way to the net. I have to think about how I will serve", said the champion full of respect. They know each other from several practise sessions. "He speaks German very well, which I didn't know for a long time", Federer said smiling. Herbert made his A-levels in Germany. But his toughest exam is now waiting for him. 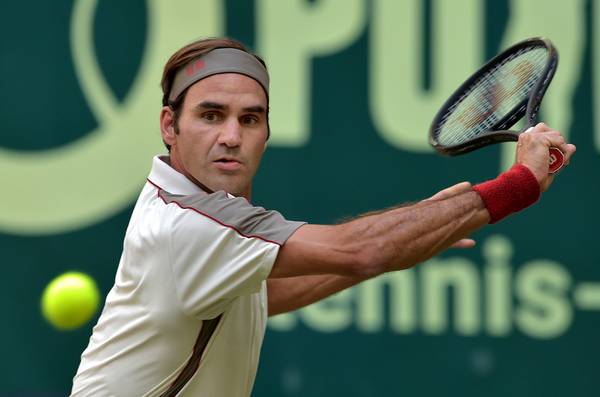 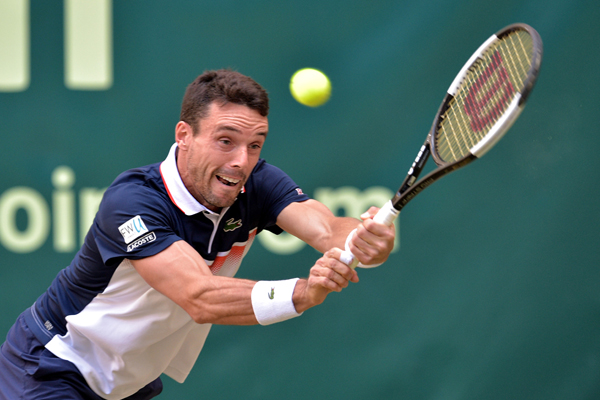