The German fans at the NOVENTI OPEN have to wait at least until 2020 to celebrate another German tournament win. Audience favourite Alexander Zverev was defeated by Belgian David Goffin 6:3, 1:6 und 6:7 (3) in the quarter-finals. “I played my strongest tennis of the whole week today” Goffin said.

In a strong, two-hour match the outsider showed what makes him so strong. Where others act powerfully, he acts with the probably quickest legs in the tennis circuit and mentally. While Zverev had it all with his punchy game in the first set, it turned completely in the second round.

Zverev hardly hit his first serves and Goffin responded to the seconds excellently. He belted the returns with an unbelievably quick arm. And when the German ATP-world champion tried to out-play him from the baseline, it was like in the story ‘The Hare and the Hedgehog’, as Goffin always was right on the spot when Zverev’s shot arrived. The highlight of the round was the fifth game, when Goffin, after a never-ending roller-coaster-ride converted his eighth break point. The 28-year-old from Rocourt took the 22-year-old’s service three times consecutively. 6:1.

But Zverev came back, as top ten players do when playing at their favourite tournament. He brought through his service game to love – and broke to 2:1. The 11,500 fans were jubilant. Only one wasn’t: David Goffin. He stayed concentrated and didn’t think of giving up. His next break point meant 4:4. At 5:4 for the Belgian Zverev double-faulted twice and had to fender off two match points. But he got into the tie-break.

But Goffin made a stronger impression and the impression was not deceiving. He achieved a spectacular tie-break with great rallies, a mini break 4:3, then served through to 6:3. And converted his third match point after two hours. So Alexander Zverev still awaits his first title in Halle, while his opponent now meets the Stuttgart-winner Metteo Berrettini in the semi-finals.

"Sascha" Zverev will take a break of some days now, "probably go home to Monte Carlo, where I haven't been for eight weeks", and then go to Wimbledon. Although being frustrated, he took some benefit from the defeat against Goffin: "He played incredibly well, but I only lost 6:7 in the final set. That means something." And he is right. 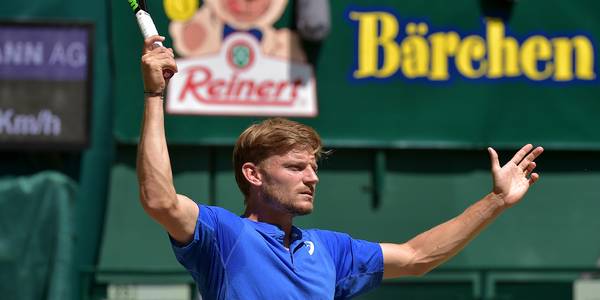 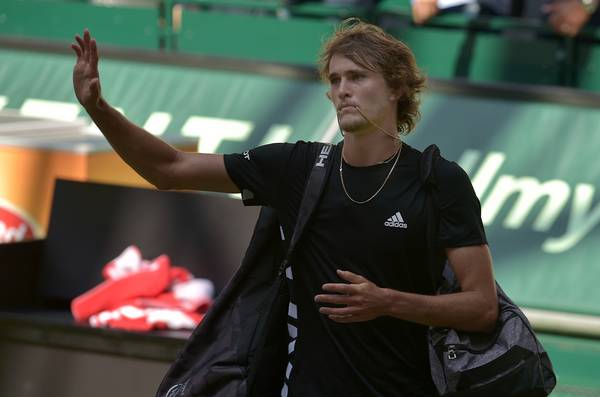