Lukasz Kubot/Marcelo Melo are going for the Title Hat trick

The seeding was confirmed. In the doubles last match at the NOVENTI OPEN will be played by the two top-seeded duos. Title-defenders Lukasz Kubot (Poland) and Marcelo Melo (Brazil), no. one seeded, will meet the no. two seeded Raven Klaasen (South Africa) and Michael Venus (New Zealand). The duo Kubot/Melo could get the hat-trick by a success at the finals of the grass tournament in Halle.

In the pre-last round, the Polish-Brazilian duo had defeated Ben McLachlan (Japan) and the German Jan-Lennard Struff 6:4, 6:4. Before they had had to overcome a nerve-racking match against David Goffin (Belgium) and Pierre-Hugues Herbert (France). They only just won 6:4, 6:7(4), 11:9.

Raven Klaasen and Michael Venus haven’t lost a set yet in the three matches at the NOVENTI OPEN. In the semi-finals they defeated the no. three seeded Croatian Nikola Mektic and Franko Skugor 7:6(5), 6:4. 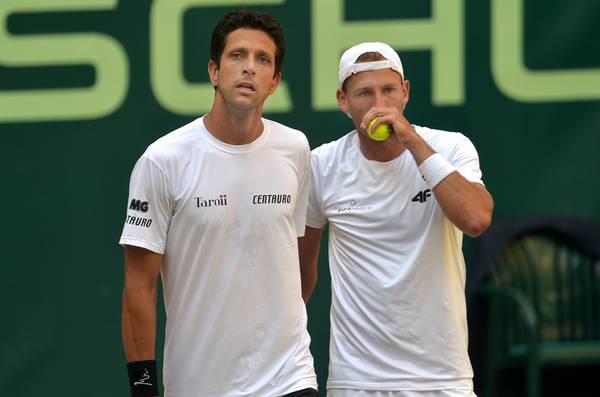