"King of lawn" Roger Federer is triumphant at the Anniversary Finals

Swiss record-champion wins at the 25th GERRY WEBER OPEN for the ninth time in Halle/Westfalen – In only 53 minutes he wins 6:1, 6:3 in the Finals against Alexander Zverev

Bull's eye! The Swiss Roger Federer has strengthened his status as record-winner at the GERRY WEBER OPEN further. In the last match of the 25th GERRY WEBER OPEN the Maestro didn't give the German number one Alexander Zverev a chance and won the "dream-final" in just 53 Minuten 6:1 und 6:3. Federer celebrated his forth tournament success this year already, while Zverev had to accept his first defeat in a final.

Roger Federer started almost by raiding into his eleventh final at the 25th GERRY WEBER OPEN and totally surprised a clearly overstrained Alexander Zverev. It quickly was a real "one-man-show" at the GERRY WEBER STADION. While Federers' backhands were skillfully allotted and his slice took the speed out of the Germans' game, Zverev was as if glued to the starting blocks. The first seven points all went to Federer. The shooting star seemed to be blocked. A mixture of strain, respect, nerves and perhaps fatigue, lead to the man from Hamburg performing with an enormous amount of errors and this was exploited by Federer without mercy. The eight-times GWO-champion grabbed the Germans' service game three times and so the first set was history after just 22 minutes with a clear score of 6:1. His forehand error at the first Swiss set point was virtually symptomatic for the performance of the local hero up until this point of the match.

But Zverev knew all about being behind in sets in this tournament. In the Quarter-(against Roberto Bautista-Agut), as well as in the Semi-Finals (against Richard Gasquet) he was able to catch up again and also go on to win. This time the start of the set was promissing again. Zverev got his first break point, but Federer fended off without fail. But then the 11,500 spectators under the closed roof at the GERRY WEBER STADION had to hold their breath: Zverev slipped while trying to get to a Federer-stop and landet in the net. After being treated for a short time the world's number twelve was able to play on and variated more while serving. Time and time again he tried to impress Federer with serve & volley, but without much success. Not only did the "Maestro" unspool his service game just as confidently as a morning run, he had the right answers for nearly all of Zverevs' attacks and performed his by far best match on grass this season - in efficiency, too! Alike at his first break chance, Federers forehand-passing shot found its way into the goal. Even though Zverev fought back with all his might, seeing the final defeat looming, but not once was he able to shake the king of lawns' throne. With his first match point Federer decided all and after that enjoyed being amongst the spectators.

"It is a dream starting in the Finals and going through. Today everything really worked out. It was by far my best match this week. But Sascha, too, has played a great tournament. I am very glad that he didn't injure himself when he fell. It just feels good to fill up on self-confidence here", Federer said in the winners interview after the match. By winning in Halle/Westfalen the exceptional Swiss athlete has a tournament nine times for the first time in his career.

Long live the King! 'King of lawn' Roger Federer has won the GERRY WEBER OPEN for the ninth time and Alexander Zverev didn't stand a chance in the Finals. Photo: GERRY WEBER OPEN/KET 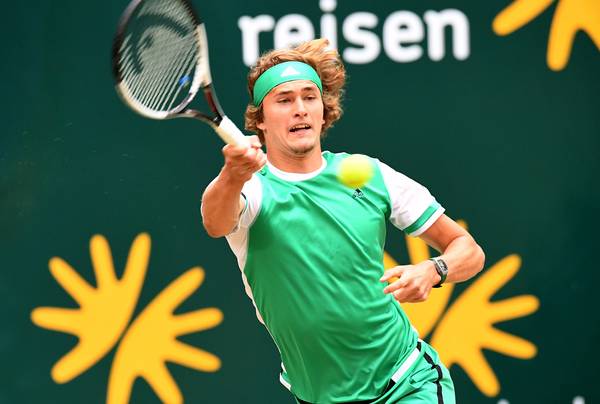 Whatever Alexander Zverev tried, Roger Federer had the right answers to all the shooting stars questions. Photo: GERRY WEBER OPEN/KET 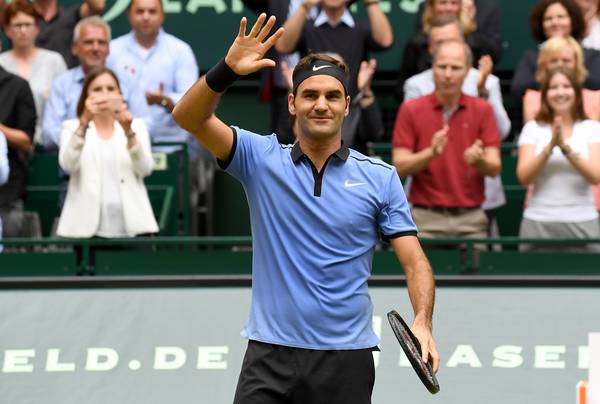 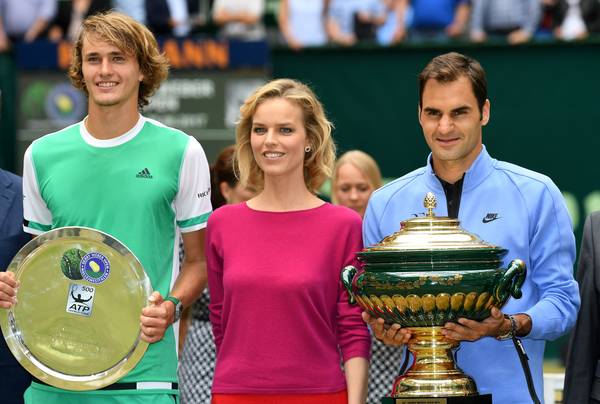