Roger Federer gets the 10th title

David Goffin stands a chance, but only at the beginning

One record follows another with Roger Federer. The nine-times champion of the grass tournament in Halle is now the ten-times champion. The victory at the 27th NOVENTI OPEN gets the first “tenner” for the Swiss – he has never won any other tournament so often. The Belgian David Goffin only stood a chance at the start at 7:6(2), 6:1. “I just can’t believe it. When I played here first in 2000, it was unthinkable for me that I would once win the title ten times“ the champion said during the award ceremony.

Ahead of his 155th finale – what a number! – Federer seemed unbelievably relaxed and solved. He had played tennis football on a landing with Severin Lüthi and Daniel Troxler, made fun and laughed a lot. Of course, the roles are clearly laid out. Head2head he is in the lead 7:1 against Goffin and on grass one is always favourite as eight-times Wimbledon winner.

On the court the relaxation gives way to noticeable strain. There is just too much is coming back from the other side. David Goffin starts exactly where he stopped against Alexander Zverev and Matteo Berrettini. Who says you need serve and forehand to survive on grass? You can use backhand, returns and footwork. Furthermore, he didn’t give in serving in the beginning, often used the body serve.

In the fifth game Federer forehand-faults at 0:30: three break points for the Belgian, for the outsider.  The Maestro is in luck this time, two returns by Goffin stay stuck at the net, a forehand is out: Deuce. "You must not miss such a chance against Roger," Goffin said later. Then Federer unpacks all, stems against the break, plays a mighty fine stop, later an ace, holds the service. In the seven game another 0:30 against him. Federer sways, stays standing though, a “come on” follows winning shots – the fight is on.

At 5:4 Goffin has to show strong nerves, fends off a 0:30. Then follows the ultimate decider – the tie break. And the true champions, the winners of 101 tournaments, of 20 Grand-Slam finals, they serve well. And that is what the record champion from Hall did. A mini-break to 2:1, a fantastic half volley to 4:1, later an ace to make it 6:2 and four set points. The first on scores, when Goffin’s return goes out. “I slightly stole the set; he was better there for long” Federer confessed.

The 11,500 spectators at the fully packed Gerry Weber Stadion experienced then how the Swiss turned up further, broke straight away in the second. The Federer-Express was rolling again, the train from Belgium faltered. After a cheeky return-stop and an apologising gesture the Swiss had break chances again in the fifth game. He uses them and has his target in view at 4:1. The audience in Halle, that adores Federer, now supports his opponent too, wants to see more tennis. But the Maestro thinks different and converts the first match point after 82 minutes. 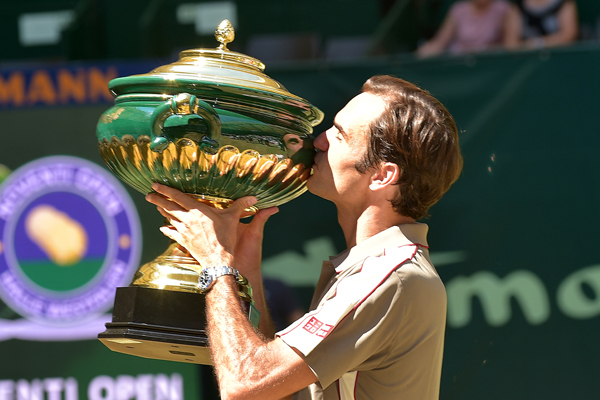 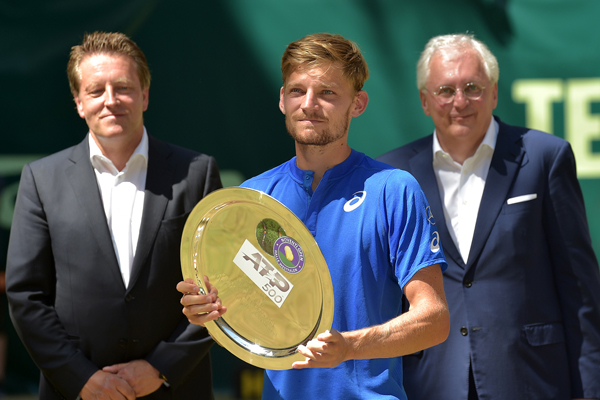 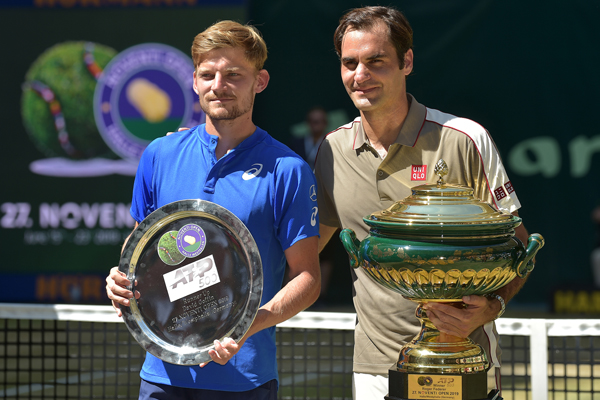