Tennis TV also shows, apart from the Main Field, all Doubles Matches for the first time, too.

Tennis fans from all over the world can sadly not visit the 28. NOVENTI OPEN.  But the exciting, gripping matches can be seen on all continents – and, by the way, in a scope like never before: „The matches are aired in over 150 countries in 2021. That is a fantastic number“, tournament director Ralf Weber said. ATP Media, the TV division of the ATP Tour, cover all 31 main field matches in the singles and, a novelty, all 23 doubles matches. Via the so-called “Weltbild” ATP Media airs 46 hours of tennis from HalleWestphalia, the TV-production put up their cameras on the Centre Court, the Tennis-Point Court and Courts 2 and 3. Furthermore there was a streaming offer of all qualifying matches as a service for a betting provider.

Next to national right-holders ZDF and Eurosport, also these further clients are included: TennisChannel of the USA, ESPN South America, beIN Sports Ozeanien (Australia, New Zealand), WOWOW (Japan), Amazon (Great Britain, Northern Ireland), Supersport Africa, iQivi (China), Canal+ Africa, beIN Sports Middle East, SuperTennis (Italy). And, over all the world wide platforms or agencys EBU, Perform (amongst others DAZN) and Reuters News, too, as well as via other, national Eurosport channels (France, Scandinavia, Russia) pictures from the NOVENTI OPEN are screened. “We are happy, that now, in times of the pandemic, matches can be seen all over the world. Our fans can still stay close to the action“, tournament director Ralf Weber said. 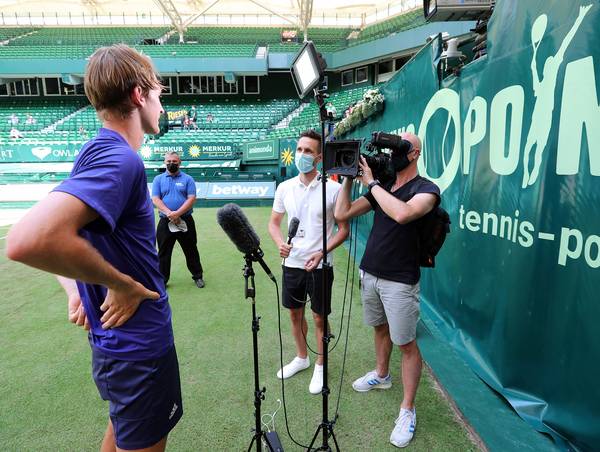