"Interest of spectators at an impressive level"

Tournament director Ralf Weber has stressed the international transmission and attractiveness of the 26 th GERRY WEBER OPEN, Germany's largest ATP tennis tournament."We always have a strong draw with players from all over the world. And we always welcome more and more spectators from all continents", Weber said ahead of the deciding matches at the finals' weekend. With 115.500 visitors the interest for the tournament has got to an "impressively high level", Weber stated, who was clearly thrilled to see "what appeal our tournament has to the fans. In Germany and all over the world."

The fans start to secure tickets earlier each year, this year it was earlier than ever before for tickets to be sold for the last days at the 26th tournament of the ATP 500er grass court event, tournament director Weber stated: "I think the fans honour the special tennis experience that they can enjoy here in Halle. Also the popular Tennistainment with a lot to experience and see next to the matches.“ Weber stated that thousands of tickets had already been sold for the 27th tournament from the 15th to 23rd June, 2019: "We are already 40 percent higher in tickets sales comparing to last year at this time." The new quality rating of the GERRY WEBER OPEN see to a strong and higher media interest: 450 journalists are reporting from HalleWestfalen – "a record number, that was unthinkable a few years ago", Ralf Weber said. Images from the GERRY WEBER STADION went out to 130 countries in 2018, world-wide approximately 4000 hours of TV-coverage were shown and in Germany 45 hours of live tennis could be watched. "That is for us a very important bargaining chip when trying to win sponsors", Weber said.

In his draw of conclusion up to the date of the Semis Ralf Weber said, the standard of high performance in the field of the ATP 500er leads "to unexpected scores in the early rounds of the tournament, ones you just can't forsee": "In modern day mens' tennis it is reality, however, that nearly every player can beat down his opponent." The balance on the highest level leads furthermore to "it gets more difficult for the German players to get to the final rounds", the tournament director in Halle said. "You can't take a victory for granted at this level. Sometimes we experience matches here in the opening rounds you would see much later in a Grand Slam." Of course he had hoped for Alexander Zverev to be playing for the title, Weber said, "but he met a highly concentrated, very strong opponent in Borna Coric - and Sascha was not able to play 100 percent."

Ralf Weber pointed out, that the Gerry Weber Open have already set the course for the sporting future – by signing a contract with Alexander Zverev until 2020 and with French Open finalist Dominic Thiem up until 2019. "It was always our philosophy, to sign on the future stars, to bind the most high-perspective players", Weber explained. The "NextGen" World Champion Hyeon Chung from South Corea, for instance, wo will attend in 2019 and the Russian Karen Khachanov. "I experienced Karen here at the tournament as an extraordinary character. Ambitious, friendly, intelligent. He has the stuff to get to the top 20 or even the top 10", the tournament director said.

A lot of ATP professionals expressed to the tournaments' director how impressed they were about the conditions and the atmosphere at the GERRY WEBER OPEN: "The tournament is and stays an enjoyable oasis for the professionals. Even debutants like Stefanos Tsitsipas said to me that they feel at home here." And the conditions of the grass courts have been praised: "The Greenkeeper team have done a tremendous job. I will hand on the praise very gladly", Ralf Weber said.

The tournament director also expressed how high the attraction for business partners of the GERRY WEBER OPEN was: "All 111 boxes on the Centre Court have been marked. In the VIP area had 7.500 guests, we were sold out completely from Friday till Sunday." Two big sponsoring partners have joined the pool, the Swiss-French Watchmakers "Richard Mille" as "Official Timekeeper" and the technics Company Harting Technologies from Espelkamp. 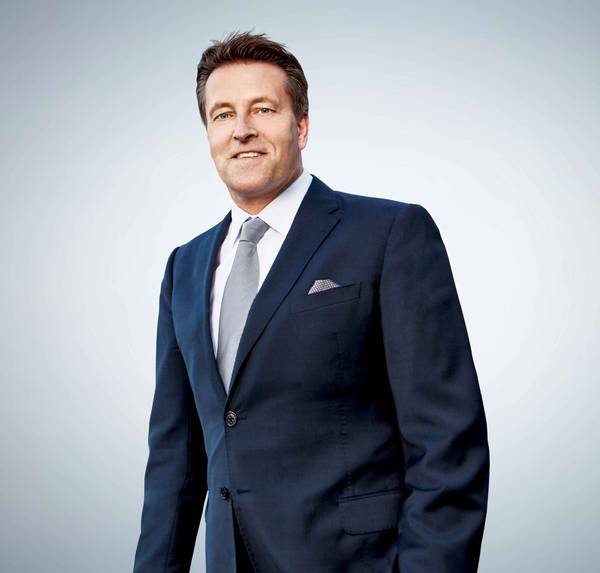