Alexander Zverev struggles to reach the 2nd round at the 28. NOVENTI OPEN

Germany’s No. 1 is still searching for his form against compatriot Dominik Koepfer.

It wasn’t easy, but in the end Alexander Zverev did it. The German No. 1 has overcome the opening hurdle at the 28. NOVENTI OPEN. “Sascha“ Zverev defeated Dominik Koepfer in an all-German dual – but indeed had some difficulties at the start. At the end, the score on the board of the OWL-Arena was 6:4, 3:6, 6:3.

However, the world’s No. 6 faulted too much at the beginning of the match. You could tell how unsatisfied Zverev was with his game. Late starter Dominik Koepfer (27), on the other hand, who made himself noticed for only two years now, played his game skilfully. He quickly went into the lead to make it 4:1 because the favourite to win double-faulted in the first break point.

But then the semi-finalist at the French Open on the other side of the net showed why he belongs to the best players in the world. Zverev started to increase his level of play. Not so spectacularly, but very effectively. He got the re-break and brought it to 4:4, putting on pressure on the serving opponent. He promptly served a double fault. Just a few minutes later, the ATP World Champion of 2018 had bagged the first set.

Zverev reached the finals twice at Halle but has never won the NOVENTI OPEN. He wants to change that this year. The times he was handled as an exceptional talent are long gone. He is one of the big tennis professionals of the world, belongs to the favourites in every tournament he plays. In Halle 2021, too. This was not to be seen, though, in the second set, the level of game went down again. Koepfer got the first break and this time he was able to fend off Zverev’s chances on a re-break at 5:3. A good volley ended the round in favour of the outsider.

In this second encounter of the two – the first being won be Zverev in Acapulco this year – perhaps the more experienced but younger and more successful player got through in the end. In the eighth game of the third set Koepfer made too many mistakes. The favourite got the first break point via net roller, lost it flippantly. The second time he was there and played the ball directly on the foot of his opponent who had run towards the net: 5:3. This was the preliminary decision. “For only having two days of preparation it wasn’t bad today” Zverev said after the match. “I perhaps didn’t move as well as hoped. But I only had two training sessions on grass, that is normal.”

Has made no big expectations for the 28. NOVENTI OPEN after the tiring French Open, the 24-year-old said. "I want to find my rhythm and enjoy one of my favourite tournaments. That is important", Zverev said. 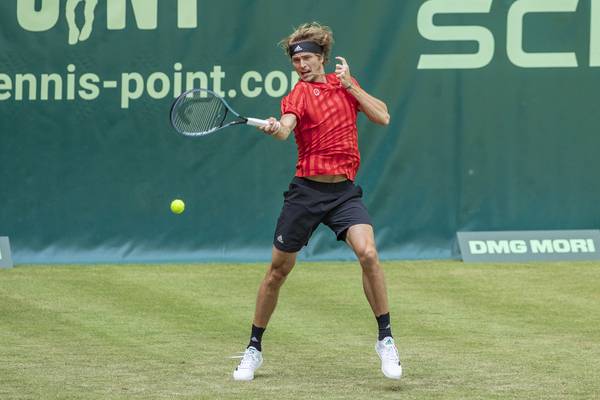 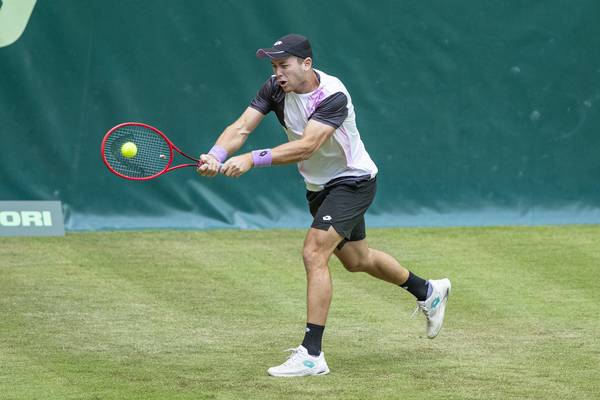 Dominik Koepfer delivered a tough fight in the 1st round of the 28th NOVENTI OPEN. FOTO: NOVENTI OPEN/Mathias Schulz