Rublev takes the role as favourite for the title

The Russian doesn’t leave Philipp Kohlschreiber a chance and goes through to the semi-finals.

He is the last seeded player in the field at the 28. NOVENTI OPEN and thus is automatically the favourite: Andrey Rublev. And, other than the other top players, he was able to satisfy. The 23-year-old won his quarter final against the tournament champion of 2011, Philipp Kohlschreiber, convincingly 7:6(4), 6:2. Rublev is therefore the first player to go through to the semi finals.

It was quick to see how this would go: The 14-year-younger brought in his famous power, beat the shots without mercy. The routineer from Augsburg answered with precision and cleverness. Kohlschreiber superiorly warded the only break point Rublev got, off, in the sixth game. Apart from that both didn’t lose their service at all. You could tell that the favourite from Moscow was starting to fume. It didn’t matter how hard he hit the ball, the nimble German mostly brought it back.

Kohlschreiber was lucky at the start of the tiebreak three times. The first shot just hit the baseline, a net scooter followed and a miss hit, which landed in. “Why?“ Rublev shouted and threw his racket on the floor. "At 0:3 I thought, I would lose this set, to be honest" the Russian confessed. At 2:4 he had calmed down again. The man on the other side of the net could feel that, too. The world’s No. 7 scored five points successively. The last one being the best one: A backhand passing shot down the line – surprisingly as a slice.

Rublev charged towards the finishing line quickly in the second set, got a break in the first game. A second break followed to make it 5:2. Kohlschreiber had nothing more to set against it. When serving, the Russian was untouchable. He has not lost a single set here in Halle up till now. Yet he is not even known as an expert for grass, his balance sheet is rather mixed. But that could change this week. "My game works quite well, the adaption to the grass is good" Rublev explained. But he added, that he could still improve his game on the green surface, mentioning his slice and his volleys.

The man from Moscow had caused quite a stir in Monte Carlo a few weeks ago, when he kicked clay-king Rafael Nadal out. To defeat the Spaniard on clay is one of biggest things pros can achieve these days. Being the last seeded player at the NOVENTI OPEN doesn't come as a surprise to Andrey Rublev: "Tennis is changing: Today players far back in the ranking can beat you on any day. They are much more professional and better than in former times." The difference to the top players was the constancy, he said. 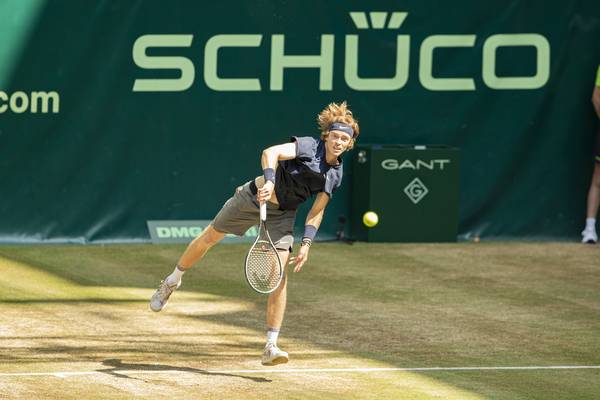 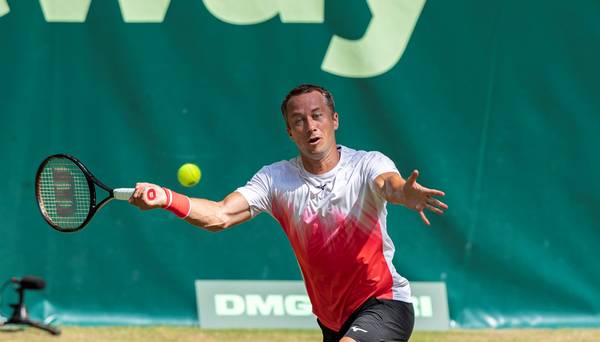