The top seeded Georgian faces the German talent. Three other Germans are in the draw.

The Qualifying at the 28. NOVENTI OPEN in Halle, Westphalia starts with exciting matches and a killer from a German perspective on Saturday. In total, four Germans are at the start of the Qualifying this year.

Georgian Nikoloz Basilashvili leads the Qualifying field, who, after all, was the world’s number 16 two years ago and meanwhile is two-times winner in Hamburg. To start with, he will meet the young German Rudolf Molleker, who trains in Halle with coach Jan de Witt. Which Basilashvili himself also did up until the beginning of this year. An interesting duel.

Set at number two, Belarusian Egor Gerasimov, will first face Lukas Lacko. A familiar face in the tournament is the Portuguese Joao Sousa, who has already been in the main field for five times at Halle. His first opponent in the Qualifying is the Frenchman Gregoire Barrere.

The Qualifying in Halle consists of a field of 24, eight players more than previously. Apart from Rudolf Molleker, the focus from a German perspective lies on Yannick Hanfmann, whose opponent will be the Frenchman Alexandre Muller in the first round. Further Germans are Cedrik-Marcel Stebe (against Ricardas Berankis from Lithuania) and Yannick Maden (against Dennis Novak from Austria).

The young Swiss Dominic Stricker, who got to the Qualifying via Wildcard, will attempt his chances against the US-American Marcos Giron on the grass at Halle. 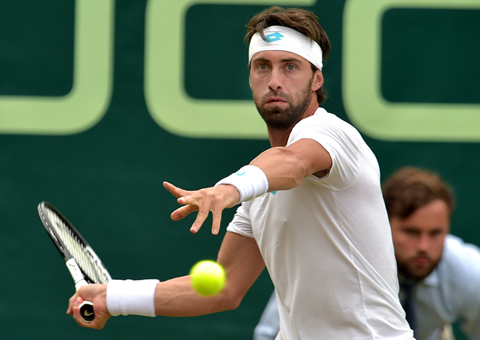