Bautista Agut in the Semis for the first time in Halle

Roberto Bautista Agut is through to the Semis for the first time at the GERRY WEBER OPEN. In a tight three-set match against Karen Khachanov the Spaniard won 6:3, 6:7(3), 6:3.

In Bautista Agut's first service Khachanov had as much as four chances to break. But he couldn't use any of them. In the countermove the 21 year old received a break himself. At the beginning his service was lacking stability. In the conversion of break points the Russian was having trouble, too. In the Spaniard's second service he failed to break twice. Bautista Agut, on the other hand, was much more effective in the first set. His services came through more solidly. So the first round went to the Spaniard after 40 minutes.

The spectators at the GERRY WEBER STADION saw a balanced match with super rallies and speedy duels. Both players served strongly and didn't allow any more breaks. Consequently, the second round had to be decided in a tiebreak. Here Khachanov took up speed, showed his best tennis and won the second set after 1:32 hours 7:6(3).

Now the No. 36 was really doing his thing, directed his well-known hard shots from the baseline towards his opponent and got the first break in the deciding round. The No. 4 positioned Spaniard wasn't really impressed and fetched two breaks in a row. The Russian put up a fight, but it was to no use, after 2:11 hours Bautista Agut won his first match point of the exciting Quarterfinals.

"I knew he is able to serve well, it was a tight match", the happy winner said straight after the match.

The World's No. 16 has to win against Borna Coric to get to the Finals. 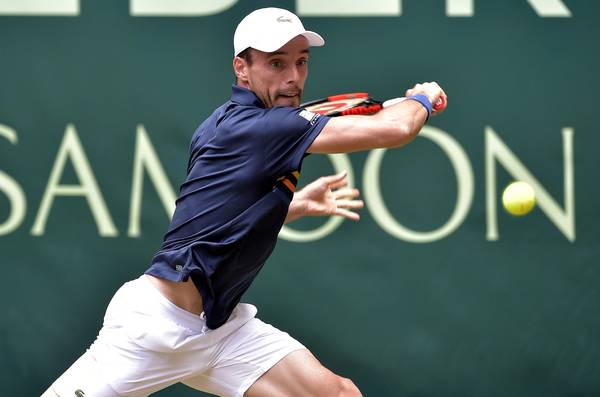