The wondrous journey is over for Oscar Otte on the grass at Halle. The new fan’s favourite was able to keep up with the World No. 1 Daniil Medvedev in the first set, after that, though, the favourite to win rushed to victory. After 1.37 hours in score was 7:6(3), 6:3 in the first semi-finals match at the 29. TERRA WORTMANN OPEN.

The first set of the match was one of the most spectacular, and due to the high temperatures one of the hottest, seen in the ATP-event at Halle for the last couple of years. The duel of the two very different types of players and playing styles tore the audience from their seats. Both players carried on where they had stopped in their quarterfinals. Oscar Otte delivered one surprising shot after the other and got his opponent’s rhythm into a mess thoroughly. Play a stop-lob-shot when your opponent is nearly two metres in height? Why not, and, why not even do that a couple of times? Helpless, Medvedev looked towards his box again and again.

The man from Moscow kept up his incredible series of fended off break points. Against Roberto Bautista Agut he had crushed nine of nine break chances in the quarterfinals. Against Otte, he did this with the first five, too. That the player from Cologne had these chances, showed how he was able to bring his opponent to despair with his slices, speed changes and spontaneous ideas. The 28-year-old played at the limit for nearly an hour. And the 11.000 spectators in the arena really appreciated that. They celebrated nearly every point by the outsider frenetically. And promptly, he got a break to 5:3, including a stop-lob-shot point, of course.

But Daniil Medvedev is without a doubt the World No. 1. The lion or better the bear, because that is what his stands for, was irritated and hit back. Even another stop-lob-humiliation couldn’t stop him from getting a re-break. A cracking long-line-backhand brought it to 4:5; just a short while later the tiebreak was waiting. Up to 4:3 for Medvedev all went to rule, and then Oscar Otte made a forehand fault. The favourite to win delivered another fine volley and had three set points. The first one was in with a backhand passing shot.

And was that all from the wonderfully unconventionally playing outsider? Not quite, as Oscar Otte was able to keep up five games in the second round. They were now quicker. Obviously, both players had had enough of the nerve-racking style of the first round. Daniil Medvedev finally grabbed the sixth game powerfully as Otte faulted again. A break to 4:2 brought the preliminary decision for the US-Open-winner of 2021, which is in the finals at the TERRA WORTMANN OPEN for the first time. 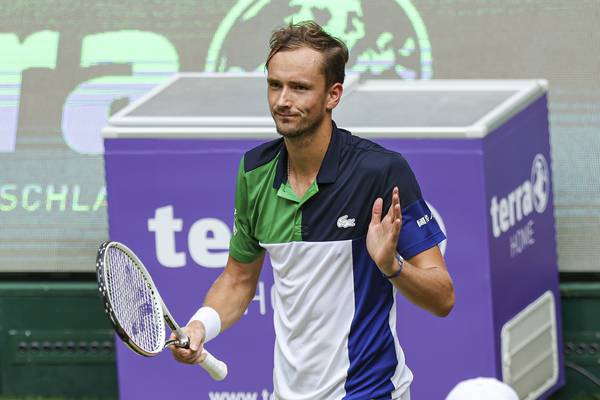 Daniil Medvedev is exasperated by his opponent, Oscar Otte one set long, and then finds a recipe for victory. Photo: TERRA WORTMANN OPEN/Mathias Schulz 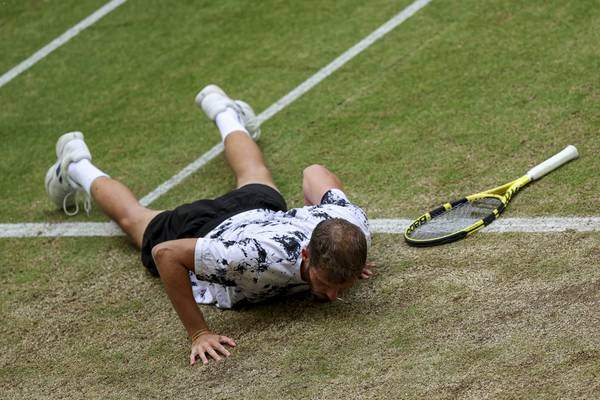 Oscar Otte gives all and pulls himself up again after this slip-up. But his wondrous journey through the tournament is over. Photo: TERRA WORTMANN OPEN/Mathias Schulz