It was the first appearance of Lloyd Harris at the grass tournament in Halle – and it was a good one straight away. The South-African showed an outstanding performance, winning 6:4, 6:4 against the number eight-seeded Gael Monfils.

While the favourite from France started quite restrained, Lloyd Harris began with a bang. It took him just four minutes and the 24-year-old had got a break. Then followed five superior service games and the first set was won 6:4 after 36 minutes.

Gael Monfils’s performance seemed powerless. The 34-year-old world’s no.16 did try to put pressure onto his opponent.  But he failed most of the time, because his baseline shots weren’t long enough. So, Lloyd Harris had many chances to attack. It was not until it stood 2:2 that the Frenchman seemed to be back on his feet again. He showed a great service game, won this without losing a point, because he now played quicker, was braver to take risks. One service game further, however, the bravery was gone again. Lloyd Harris was again the player to dictate the match, and to achieve the deciding break.

At the end it was again 6:4 for the South African, because he made short work of his own service. Two more facts: Gael Monfils was only able to achieve one point in the 24-year-olds’ last three service games. And the man from France did not get one break point in the whole of the match. You can count on Lloyd Harris at the NOVENTI OPEN. 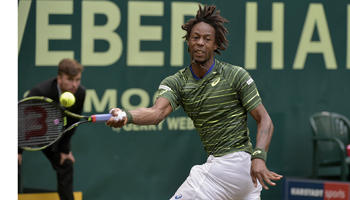 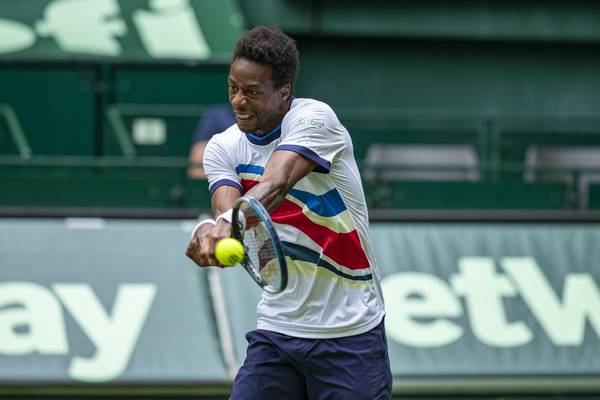 Didn't play to his standards: Gael Monfils lost in the first round at the NOVENTI OPEN. © NOVENTI OPEN/Mathias Schulz