Somewhat in the shadows of the big names Medvedev and Tsitsipas another top player has set off to get as far as possible at the 29. TERRA WORTMANN OPEN. Hubert Hurkacz (25) from Poland, the World No. 12, has gone through to the round of 16. And the man from Wroclaw is not just anybody on grass, even though he failed in the first round last year in Halle.

Just a little later, however, he stormed right through to the semi-finals in Wimbledon. On the way there he beat today’s number one, Daniil Medvedev, in five sets and then swept legend Roger Federer in three rounds out of his living room, the Centre Court on Church Road. It was only in the semi-finals when the Pole Hurkacz met Matteo Berettini that he reached the endpoint in the tournament.

He met an old school player in the first round in Halle; Maxime Cressy (25), US-American with French origin. And the latecomer, who had reached the round of 16 for the first time at the Australian Open this year, played lawn tennis like in the 1990s - Serve-and-Volley at all costs! Because favourite Hurkacz also disposes of a mighty service, the game was characterised by serves. The difference was the better return by the polish player. He had break points by the dozen, Cressy up until the end of the second set only one. But out of nowhere he suddenly stroke, and won the second round.

Maxime Cressy stands out by one quirk at tournaments; he always lets the ball child that stands on the side of the umpire’s chair throw the balls when he is serving. This first caused a little confusion among the ball children and amused the audience.

It turned out that the key game of the match would be the seventh in the last set. Eleven times the score reached deuce; again and again the US-American had a game point, and again and again the Polish player parried with returns and passing shots. The second break point was sufficient.
The favourite player to win the game got through in the end in an attrctive old school duel 6:4, 4:6, 6:4 Hurkacz now meets title-defender Ugo Humbert – a highlight of the tournament.

Other seeded players also advanced to the second round: Karen Khachanov defeated Aslan Karatsev, Roberto Bautista Agut came through as well. His opponent Marton Fucsovics retired in the second set. Oscar Otte is the only German who reached the round of last 16. He defeated Miomir Kecmanovic and faces Nikoloz Basilashvili on Thursday. 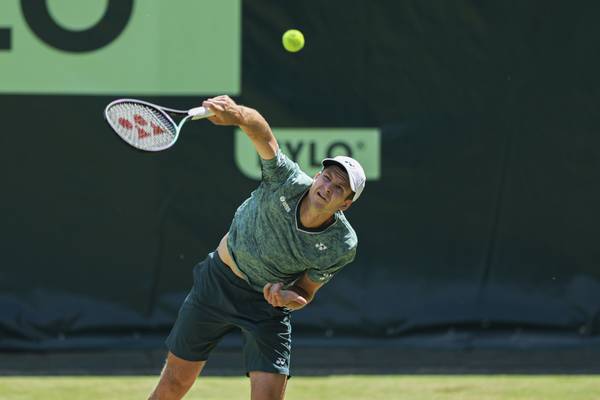 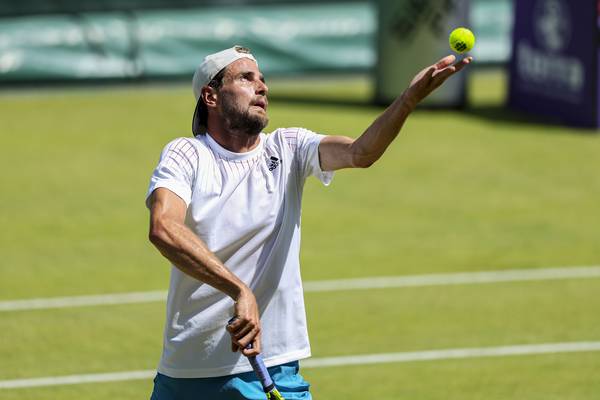