Lloyd Harris and the dream of getting to the Semi-Finals

Because of Stefanos Tsitsipas withdrawing and the first round defeat of Gael Monfils three qualifiers are in the bottom half of the tableau and Lloyd Harris. The dream of reaching the semi-finals of the ATP 500 grass tournament at Halle is alive more than ever with these four players. The South African can carry on dreaming. He is only one step away from this goal, because in the round of 16 he defeated Lukas Lacko 6:3, 7:6(8).

Lloyd Harris waited for his chances from the start and won strong points with his baseline shots. For Lukas Lacko, on the otherhand, the start was a desaster. He lost his serve straight away. The 24-year-old South African used his advantige, got his service game through without ado, gave his opponent only one chance to break. At 5:3 the Slovakian player lost his service again. Lloyd Harris had decided the set after just over half an hour 6:3.

The second set was very evenly played. Afica’s No. 1 did have a chance to break in the first and the second service game of Lukas Lacko, the Slovakian held his service well both times, though. The strong service player dominated the match from then on in the arena. In the tiebreak Lukas Lacko was not able to use his little advantage because Lloyd Harris was able to counter and came back every time. While the Slovakian was not able to use two set points at 6:5 and 8:7, the score for the South African was 10:8 after his second match point and  just under 1,5 hours of match time. Lloyd Harris can keep on dreaming of reaching the semi-finals. 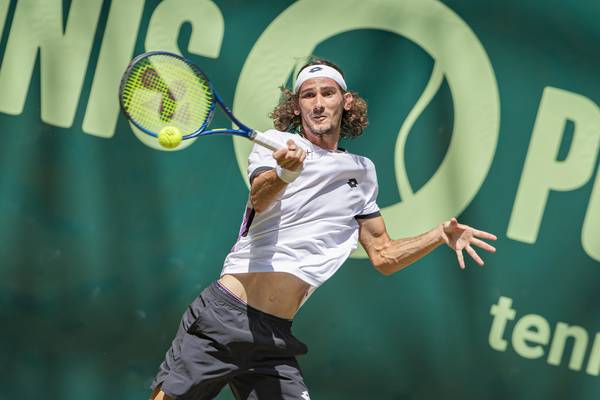