Marcos Giron still on the way to success

Jan-Lennard Struff hasn’t been very successful at the grass tournament in Halle before now. He wanted to change that this year. After getting past the first round for the first time in his eighth appearance 2019, the chances were good after defeating the top-seeded world’s No. 2 Daniil Medvedev. But then, qualifier Marcos Giron got in the way. 6:7(1), 6:3, 6:4 was the score on the board in favour of the US-American in the end – and this highly diserved.

Grass tennis as we know it from times of Pete Sampras and Goran Ivanisevic: that was when serves where what it took. The same goes for Jan-Lennard Struff and Marcos Giron. Both won their serves in the first set – respectively to love. The 31-year-old German had two break points, which the US-American was able to fend off. It went into the tiebreak, which Jan-Lennard Struff dominated clearly. With 7:1 he secured the tiebreak and with that the first set.

The German No. 2 was lacking concentration after that. In any case, he lost his first serve to love. Marcos Giron, on the other hand, picking up points at will. 12:1-points meant a fast lead of 3:0. Jan-Lennard Struff ran after the break in vain. Marcos Giron, ice-cold, used his first set point to make it  6:3: and set-even.

Both competitors didn’t weaken in the third set at first. Fast and well-placed serves were their trademarks. Unbelievable was the continuity of Marcos Giron’s service. Jan-Lennard Struff was only able to keep up till the score was 4:4. It was time: The German’s service wasn’t so good anymore and the US-American returns were world-class. The service storm was over after just over 1,5 hours. Marcos Giron had used his first match point to make the score 6:7(1), 6:3, 6:4. 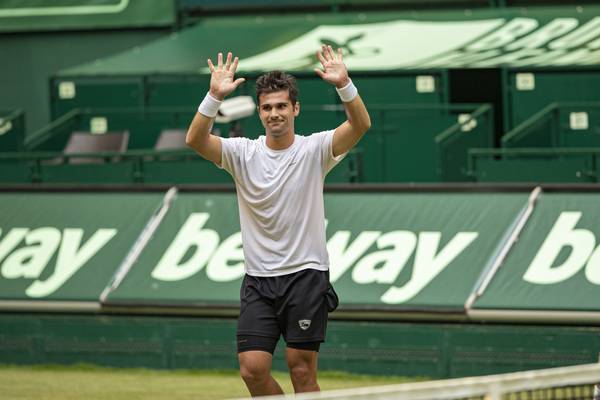 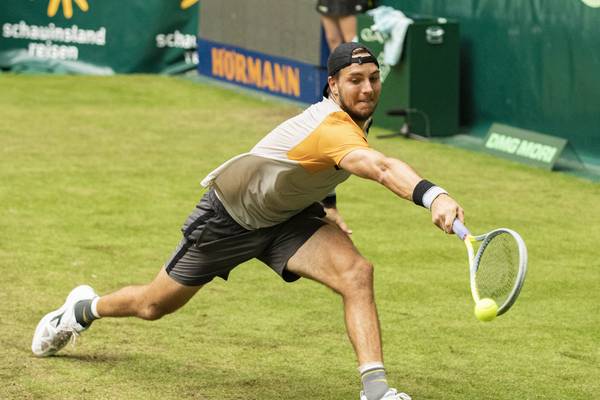