The World No. 1 beats Bautista Agut and meets the last German in the tournament

Daniil Medvedev tried his luck three times against Roberto Bautista Agut on the court – and he lost three times. Perhaps up till now his angst opponent, but not anymore. The number one seeded from Moscow won safely 6:2, 6:4. "I talked a lot to my coach Fernando about changing the tactics against Roberto. And it worked. But I won't tell you what I changed because I will have to play him many more times", said the winner with a smile.

Medvedev will now meet the only German still in the tournament, Oscar Otte in dream semi-finals at the 29. TERRA WORTMANN OPEN. This promises to be a real treat for the fans at the OWL Arena on Saturday. It's the frist match of the two who had a training session Halle before. But Medvedev knows something about his opponent: "I remember one funny thing about Oscar: At a junior tournament in Umag I lost to Dominic Thiem 2:6, 0:6. And then Oscar defetaed Thiem and won the tournament. That was impressive."

You could see why Medvedev finds it difficult to win against the man from Castellon De La Plana, Bautista Agut, when watching the first four games in the quarterfinals. You can hardly beat so-called RBA, so long as he can act from his comfort zone by the baseline. The first rally was already quite a marathon, left both players panting, and was greatly celebrated by the fans.

Bautista Agut just doesn’t know faults. He can take up any speed and is a fast player, even at 34. Whatever Medvedev tried – often the Spaniard had the right answer. Both had early break points, but couldn’t convert them. But at 2:2 the World No. 1 stroke - he had had enough. A hammering backhand down the line, a bit of luck from the net, a following double-fault from the Wimbledon semi-finalist of 2019, and Medvedev had his break to 3:2. He took over control and sped off to 6:2. His shots had the right length now, his service was better, the solid game of the Spanish player wasn’t sufficient anymore.

But Bautista Agut doesn’t believe in giving up ahead of a match point. He got three break points in the second set.  The 26-year-old Medvedev, however, did what he has been doing all week in Halle; he fought, clenched his fist, and pushed himself. His clear goal is winning the trophy at the 29. TERRA WORTMANN OPEN. That is absolutely obvious. Break chances were not converted. A later break chance was also left unused. US-Open-winner Medvedev did better in the seventh game. A chance to 4:3 was all he needed.

Bautista Agut, however, was wasteful with his chances. In the eighth game at 0:40 against the serving number one the Spaniard’s effort was for nothing. He gave up nine break points in total – something you just can’t afford doing against the World No. 1. An ace smashed unreachable for the Spaniard onto the line and Daniil Medvedev was through to the semi-finals in 86 minutes. And made compliments to the crowd in Halle: "The crowd  knows a lot about grass court tennis. They know how important a good serve can be and that it doesn't always have to be a long rally." 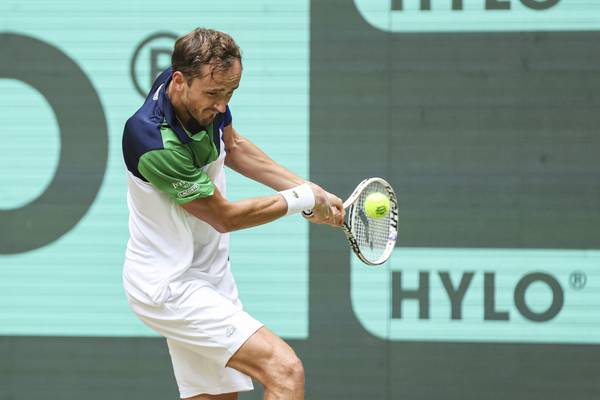 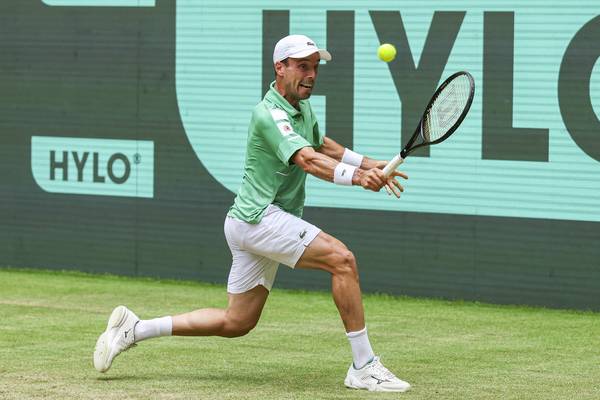