The Canadian Auger-Aliassime sweeps a qualifier off the court

Do you know the abbreviation FAA in tennis? No? That should change pretty soon. FAA stands for the slightly difficult name Felix Auger-Aliassime. The 20-year-old Canadian belongs to the youthful jewels of tennis is said to be one with endless potential.

Qualifier Marcos Giron, from the USA, experienced this, too, after grass-king Roger Federer having had the same experience at the 28. NOVENTI OPEN. FAA swept him of the Centre Court at the OWL-Arena in the quarter-final. 6:3, 6:2 were the plain numbers on the board after only 58 minutes. They show what an exceptional player, who reached the finals in Stuttgart the previous week, is. All in all his tennis was just too fast for Giron today.

By the way: The American player is 27-years-old already and is experiencing a sort of late spring in his career. Due to two hip operations a couple of years ago it took longer for him. Now, though, he is fit and battled through to the main field in Halle. Against Felix Auger-Aliassime, however, he had a hard task.

The Canadian’s game is perfect for grass. A powerful, precise serve, low baseline shots and an elegant volley: a fatal mix for an opponent. He didn’t need to call up the brilliance like in the match against the record title holder Roger Federer at the NOVENTI OPEN this time. There was too little coming from the other side.  Giron’s faults increased and the American wasn’t happy with his performance. If Auger-Aliassime got his first serve through, the rally ended before it really begun. He made 93 percent of the points after first service.

His opponents’ service, however, wasn’t a problem for FAA.  A break at 4:2 in the first and two further breaks in the second set at 2:1 and 4:1. That was it. The way to victory at the NOVENTI OPEN may well only be by passing the player with the yellow racket. He hopes to finally get his first cup in Halle. On the Tour so far, Auger-Aliassime has lost all of his eight finals. Should he do better here, Prince Felix would become King Felix.

After his singles match Auger-Aliassime also won his doubles match with Hubert Hurkacz. Thus, the Canadian entered the semis in singles and doubles at the 28th NOVENTI OPEN. 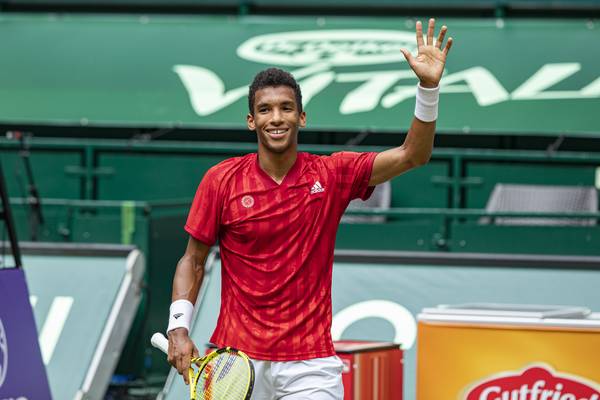 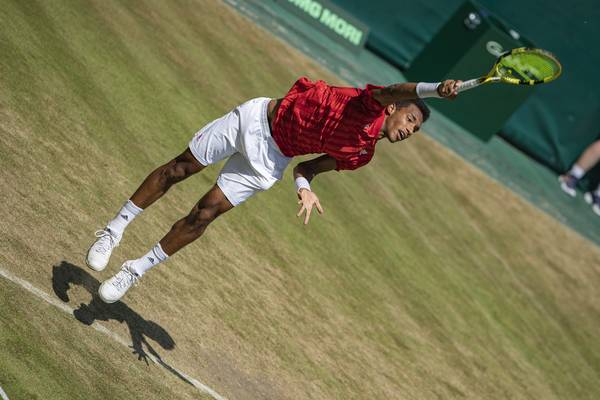 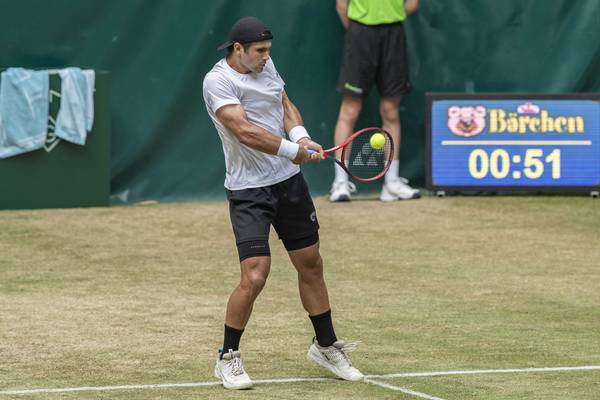