Local hero Jan-Lennard Struff against American Marcos Giron, who is in strong form. Philipp Kohlschreiber wants to overcome Corentin Moutet to get to the next round.

Record champion Roger Federer wants to defend his title at the NOVENTI OPEN against the young Canadian Felix Auger-Aliassime (ATP 21). But all eyes will also be on German National players Jan-Lennard Struff (ATP 45) and Philipp Kohlschreiber (ATP 128), as well as the world’s No. 7 Andrey Rublev at Germany’s 28th top grass event on Wednesday, June 16th.

Federer, whose balance at his „Feel-Good-Place“HalleWestphalia, stands at 69:7-victories, will be fighting Auger-Aliassime – one of the most prominent heads of the new ATP generation, for the first time on the Centre Court in the second match of the day. “e is one of the players the future of men’s tennis belongs to. He is a very complete, elegant player “, Federer said. The 39-year-old “Maestro“ goes into the match with the confidence of winning the tournament 10 times, at his first performance 2021 he had just defeated the very brave playing Ilya Ivashka (Belarus) and found back into the good-old feeling for successful grass game.

Local hero Jan-Lennard Struff is dreaming about a possible rendezvous in the quarter-finals with Federer. But first, Struff has the challenging match against form-strong qualifier Marcos Giron (USA/ATP 75). „He threw  Vasek Pospisil out of the tournament, a very good man. You have to be careful, concentrate and have the right assertiveness” Struff said. The 31-year-old man from Warstein is in convincing form at the moment, after reaching the quarter-final at the French Open, he now wrote history, sensationally kicking top-seeded Russian Daniil Medvedev (ATP 2) out in the first round at the NOVENTI OPEN.

Ex-Champion Philipp Kohlschreiber, too, wants to stay in the tournament in HalleWestphalia – he starts the action against Corentin Moutet (ATP 94) in round two on the Centre Centre Court. “I felt good on grass straight away. You just want to play well at this tournament, anyway”, the 37-year-“oldie” said, who might be able to play at the Olympic Games in Tokyo – with a little luck.

Andrey Rublev, who even stands at No. 5 in the ATP rankings, will face South African Lloyd Harris in round two.  The man from Moscow was able to overcome his compatriot Karen Khachanov (ATP 27) in a fierce first fight. Should Rublev and Kohlschreiber win their matches, it promises to be an exciting quarter-final duel. 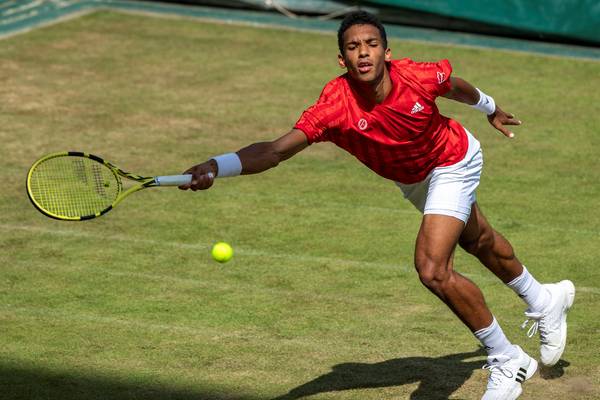