Introducing: Ugo Humbert, 22-years-old, french talent with an amazingly fast left arm. And swift legs. And strong service and nerves of steel. And, thus, it came about that even a well-playing Alexander Zverev (24) went down to a still quite unknown man at the 28. NOVENTI OPEN. 7:6(4), 3:6, 6:3 was the score on the board at the end of their round of 16 match – the probably most high-classed match of the tournament so far.

You can’t really blame the best German tennis player today. He tried everything you can, served well, took his few chances, but, it just wasn’t enough. All too often the 22-year-old from Metz had the better answer ready. Zverev charged him from right to left and back again, but if the favourite dared to play a short shot –it struck in on his side at once. „It was for sure one of my best matches on grass. I played with enough self-confidence and strong nerves" Humbert said later.

Overall, in the first set both served outstandingly. Zverev, alone achieved 11 Aces. There was not one break point. In the tiebreak, however, Hubert got the Big Points, won it 7:4. Zverev wasn’t irritated by this, though. He took up speed at the beginning of the second set and got the break straight away. Only the sun bothered him slightly in this phase: when the ball kid held the umbrella too high during the break, the German rather held it himself. A very rare sight: The No. 6 of the world with an umbrella in his hand on the bench. After numerous intense rallies the score was 6:3 in favour of Zverev.

Ugo Humbert, however, didn’t stop believing in his chances, came under pressure, though, in the third game of the last set. A net-cord shot helped the German ATP-world champion of 2018 to get a break point. Humbert was icecold and aced. The favourite then faltered a little in his service game and an unbelievable backhand counter attack brought it to 3:1 in favour of the Frenchman. He kept the advantage up until the end of the match. After 1:52 hours Alexander Zverevs‘ last forehand return landed in the net. And he had wanted to win the NOVENTI OPEN so badly. "I don't know, what I could have done any better - except maybe to be more precise at some of my returns" Zverev analysed: "You don't like to lose, but considering how I played and how good he was, it's okay today. He deserved to win."

Ugo Humbert, on the other hand, will stay put in the minds of many a tennis fan. He already won two tournaments on the ATP-Tour and is just about to get to the top 30. His next opponent at the 28. NOVENTI OPEN is Sebastian Korda (USA) – that’s a duel of two young players. 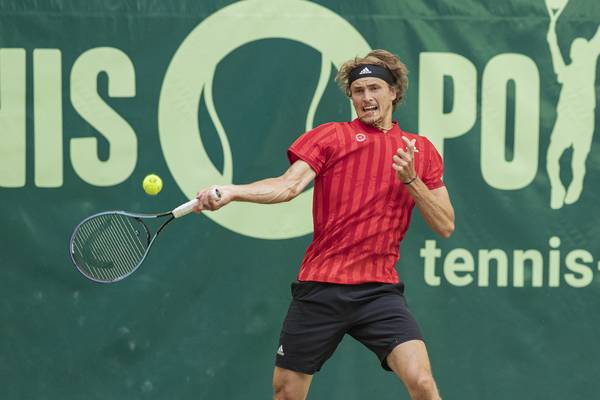 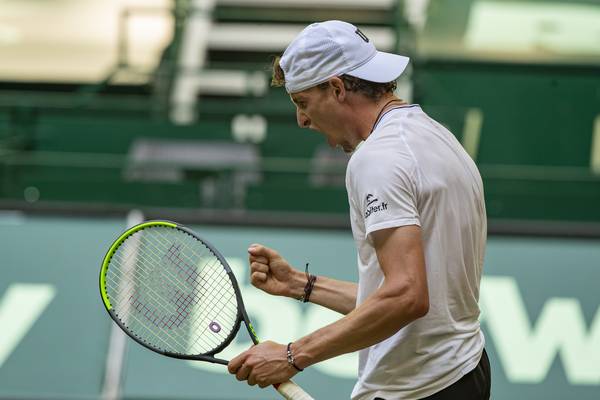 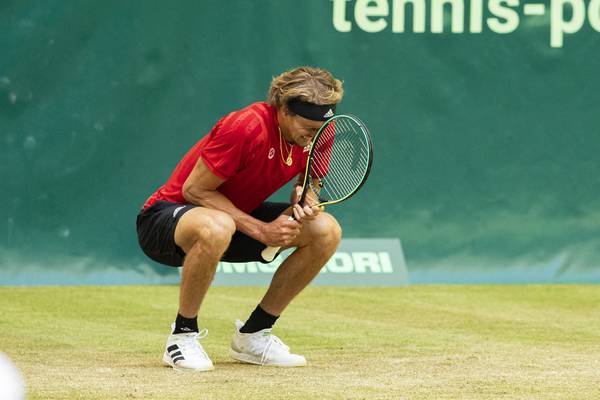 What can I do?, Alexander Zverev seems to wonder in this moment. FOTO: NOVENTI OPEN/Mathias Schulz