The 29. TERRA WORTMANN OPEN have their first surprise; last year’s finalist Andrey Rublev has already dropped out in the first round. The number three seeded 24-year-old was defeated by Georgian Nikoloz Basilashvili 6:7(1), 6:4. Rublev had defeated the Georgian in the previous year in three sets in the semi-finals, but even back then he talked of his opponent with great respect and about his mighty backhand.

But because Basilashvili also has a mighty forehand, he, on a good day, is dangerous for every top player. Some famous names have experienced this during the 30-year-old’s five tournament victories. Basilashvili and Rublev carried on in Halle where they had stopped in the OWL Arena last year; they beat the balls on the baseline and battled it out in high speed rallies. Loud murmurs went through the audience again and again. You can’t really play faster tennis.

The Georgian player got off to a bad start, when he lost his service, but was able to make up for that by a double break and served to win the set 5:3. Time and again, he brought his opponent to the point of despair, mostly by his precise shots against his competitor’s running direction. But Rublev, who struggled with himself a lot, woke up in time, got a break back and reached the tiebreak. It was there, however, that he lost the thread completely, the man who has already won three titles in 2022. At 6:0 Basilashvili had a bag full of set points. He converted the second one.

The World number eight on the other side of the net shrugged his shoulders helplessly again and again in light of the high class game of the Georgian. Only a short while ago, Rublev had himself shown strong form at the French Open and got through to the quarterfinals. But “Niko” didn’t weaken, came up again in the fifth game of the second set and at 5:3 had the first match point. Rublev was able to fender that one off. At 40:0 in the ninth game three one followed; a well-placed service and the match ended 7:6(1), 6:4.

Later in the day Andrey Rublev withdrew from the doubles due to a hip injury. This injury possibly occured when he fell in a rallye against Basilashvili. 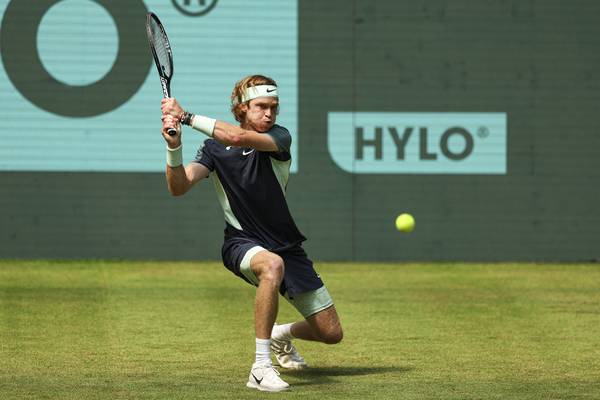 Although seeded on number three Andrey Rublev dropped out in the first round. © TERRA WORTMANN OPEN/Mathias Schulz 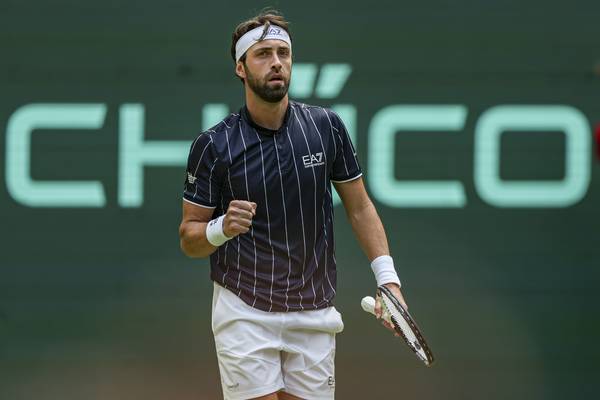