“We are Proud of Our Achievements”

Tournament director Ralf Weber takes stock; The 29. Edition of the tournament stands for back to normality – Thanks to title sponsor Wortmann – Outlook towards 30. Birthday

Tournament director Ralf Weber has drawn a positive conclusion of the 29. TERRA WORTMANN OPEN and stated that the comeback of the fans is “the most important part“ of the success; “After three years we have finally gone back to normality. It’s a different atmosphere altogether on the grounds“, Weber said. “World class sports in front of thrilled spectators, then the great ‘Tennistainment‘– that was wonderful”. The pandemic had demanded a lot of the big crowd-pulling and most high class German tournament, Weber said. ”But now we are looking forward optimistically and determinedly to our 30.birthday in 2023.”

Last evaluations show a total number of 95.000 spectators at the 29.edition of the tournament, Weber stated. The 100.000-spectators‘figure will not be reached; probably because some of the visitors had not been able to utilize the tickets bought in 2020 and had thus not been able to come to Halle. ”We are sure to reach a six-digit number in 2023 again,” Weber said.

It was already clear that the playing field will be even more attractive next year – next to already committed stars like Alexander Zverev, Daniil Medvedev, Stefanos Tsitsipas and Felix Auger-Aliassime other top names would join, too. “It will certainly be worth coming to Halle for every fan next year“. If a comeback of Roger Federer is expected next year could not be predicted reliably, Weber explained; “Only Roger knows that. It probably depends on how the first performances go, like at home in Basel, in autumn”. Record-holding champion Federer had won one of his favourite tournaments on the ATP-Tour for the tenth time 2019.
Weber stated the strong player’s field at the 29. TERRA WORTMANN OPEN as ‚absolutely remarkable“; “Despite the injury of Sascha Zverev four top players have played in Halle – adding the new fan’s favourite Oscar Otte, exciting newcomer and a special kind of player like Nick Kyrgios.“ But the tournament boss also pointed out that there were too little German tennis players, the event needed more native top-class players as role models. “We used to have years with nine Germans in the main field, many directly qualified. Oscar Otte as the only German to overcome the first round – that is really too little in the national stock”.

Tournament director Weber thanked especially title sponsor Wortmann for the “trustful partnership and support“, that had ensured a solid base for the future; “Wortmann stands for digitalization and modernizations in many areas“. The digital perimeter advertising ensures a totally new optic in the OWL ARENA and a fresher design. The mobility partner Polestar, on the other hand, underlines the path to sustainability at the tournament, Weber said; “Our motivation is to have a greener tournament and become cleaner”.

The importance of the TERRA WORTMANN OPEN is shown by the fact of the extensive TV-presence over all continents, the tournament director said; ”This year, the ATP screened in 150 countries globally. All 31 matches in the singles and all 23 doubles matches were televised and offered“. On the home market in Germany they had the ideal combination of a national, public-law broadcaster, the ZDF, with the professional channel Eurosport. Eurosport had televised up to three matches per day.

Tournament director Weber said, his valuation of the ghost tournament in 2021 was still valid, now more than ever, after the emotional return of the fans to the scene of the grass classic event; ”We have positioned ourselves in world tennis in nearly 30 years, a position of which we could only have dreamed of in the founding years. And which few thought we would achieve. Halle stands for a modern, up-to-date presentation of tennis sports, next to the matches there is a wonderful offer for all generations, for young families. Even many players and their teams are astounded what Halle hast to offer next to tennis – concerts, panel talks, lots of shopping possibilities… we are very proud of what we have achieved. But nothing is further from our minds than to rest on our laurels now. We want to be innovative and open for change – always in interaction with all the representatives in tennis. And the big tennis family here in Halle, who were finally reunited again in 2022." 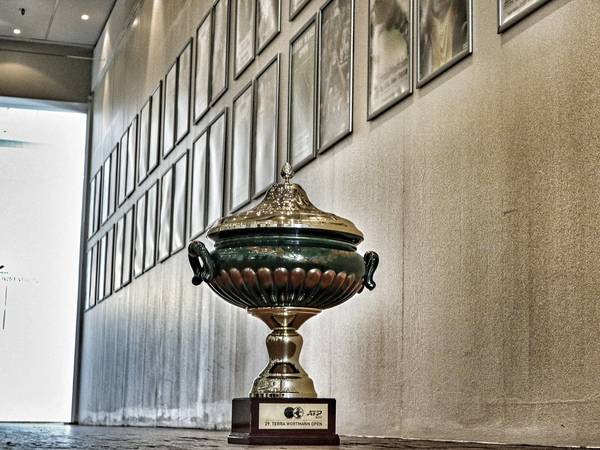